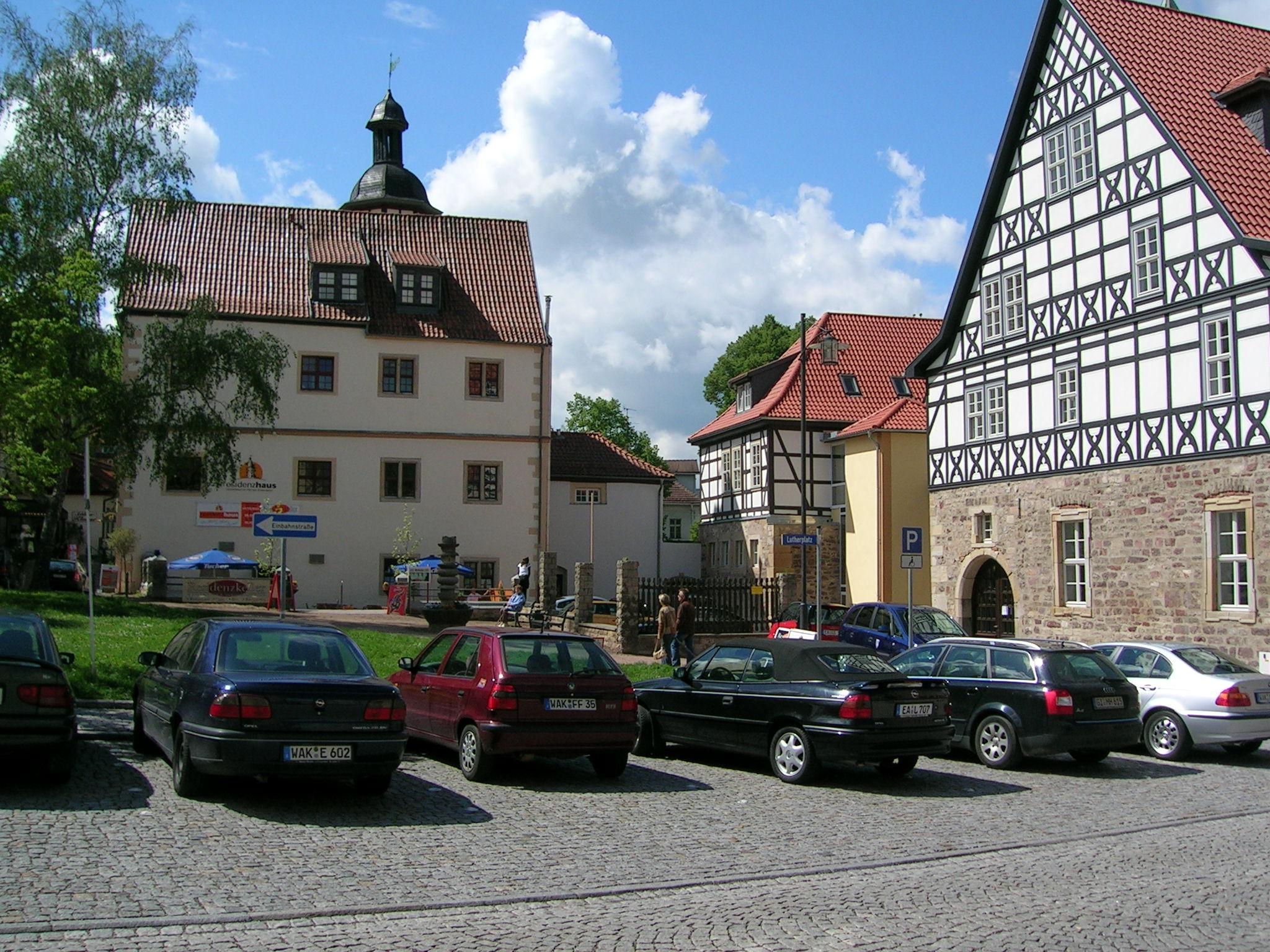 Lutherplatz, Eisenach. One of the most protracted and intense disputes over heritage during the late 1990s focused on a proposal to “reconstruct” a section of this complex that was destroyed by bombing in World War II. 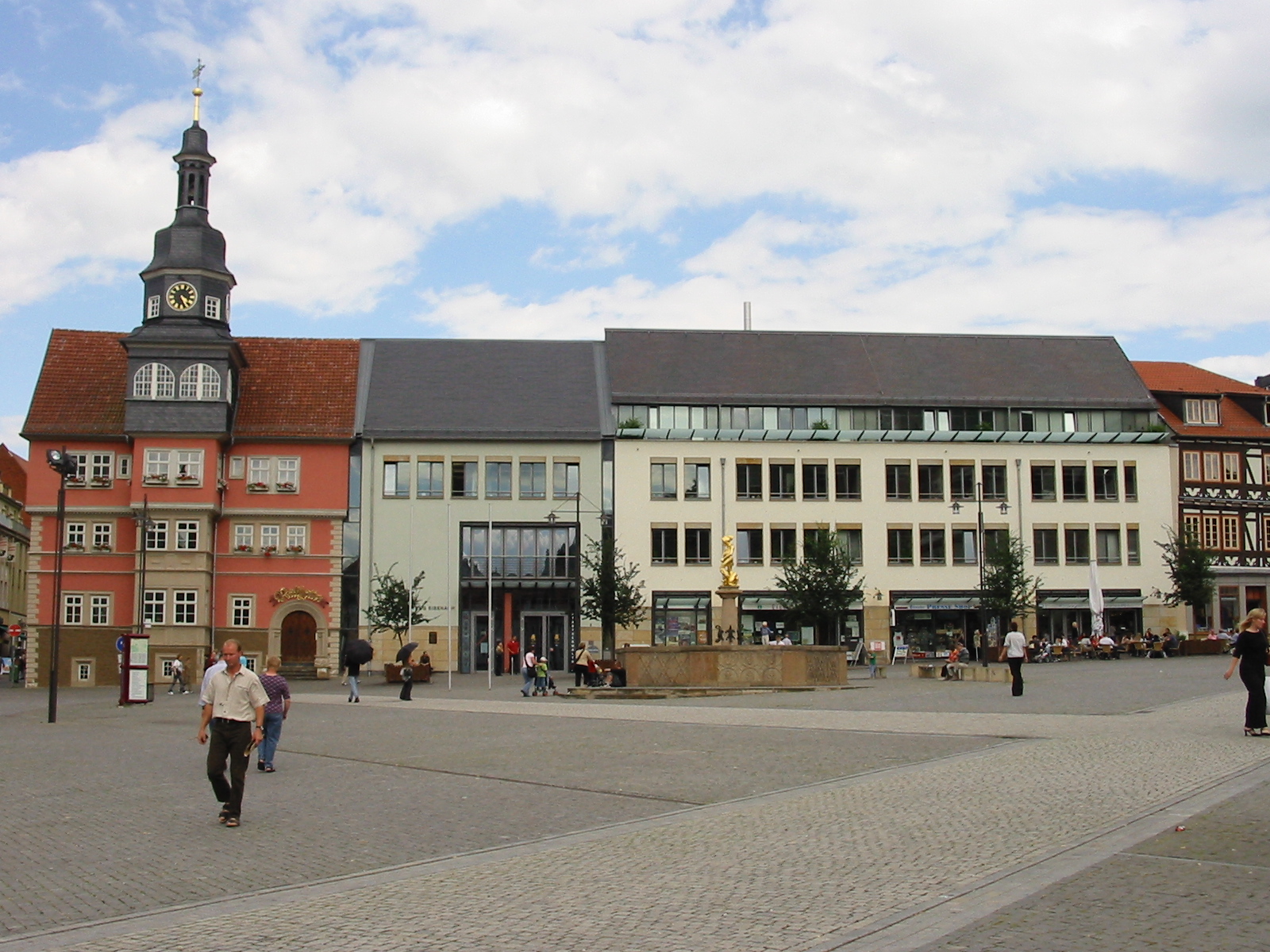 Marktplatz, Eisenach. The new administrative and bank building in the center was built to fill a gap in the cityscape created by bombing in 1945 and converted into a park by the socialist leadership. Local activists criticized the design as irreverent and overwhelming in relation to the old city hall on the left and the half-timbered structure on the right. They also criticized the renovation of the old city hall as having created a hollow, inauthentic facade.  As with the Lutherplatz, this project was promoted as healing wounds created during the Nazi regime and left unmended by the GDR. 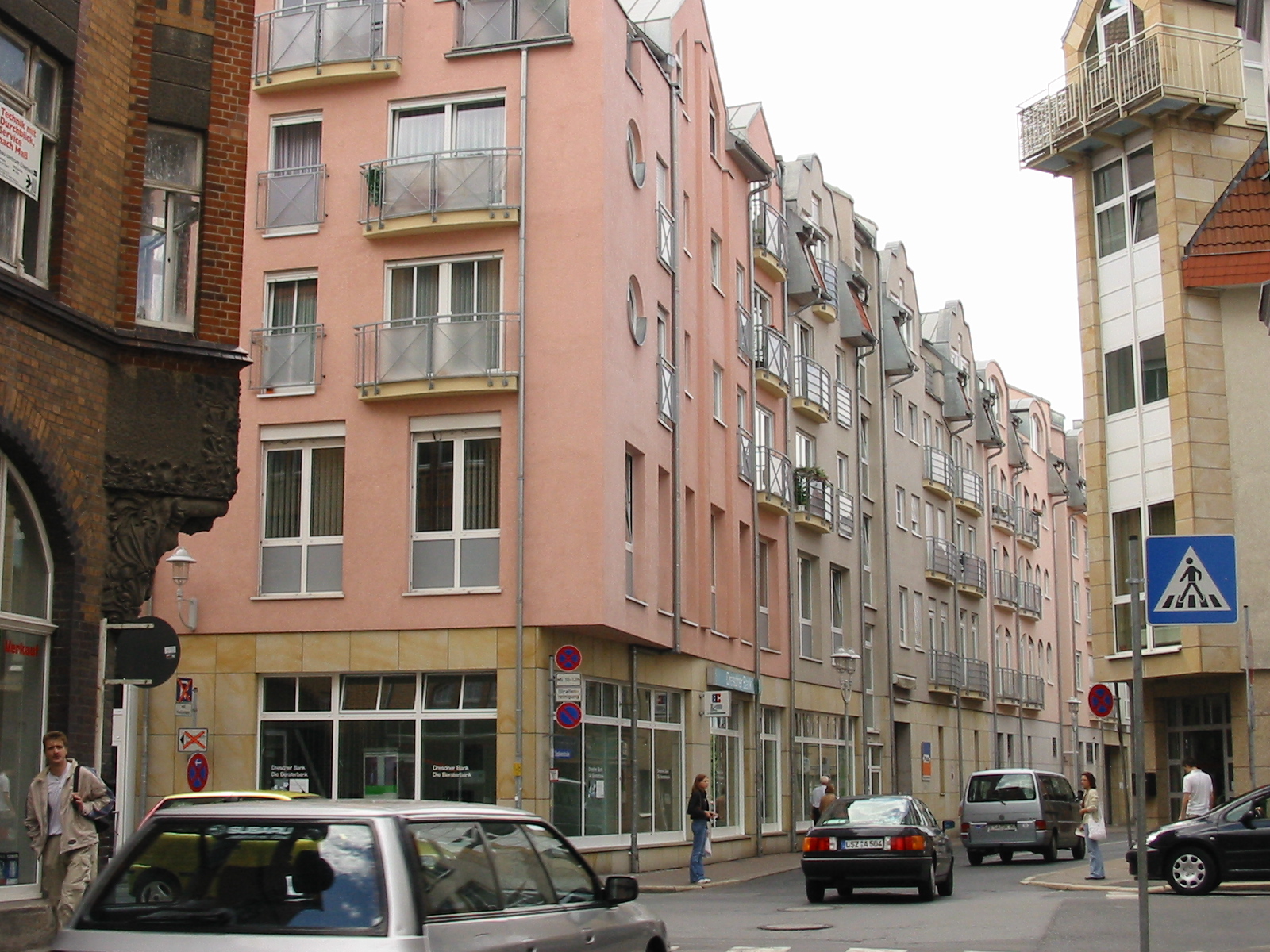 The Sophiencenter, Eisenach. This complex in the city center was constructed on a city block that had been cleared of older structures by the socialist leadership in the late 1980s. Critics attacked it as out of proportion, dubbing it “Little Manhattan.” 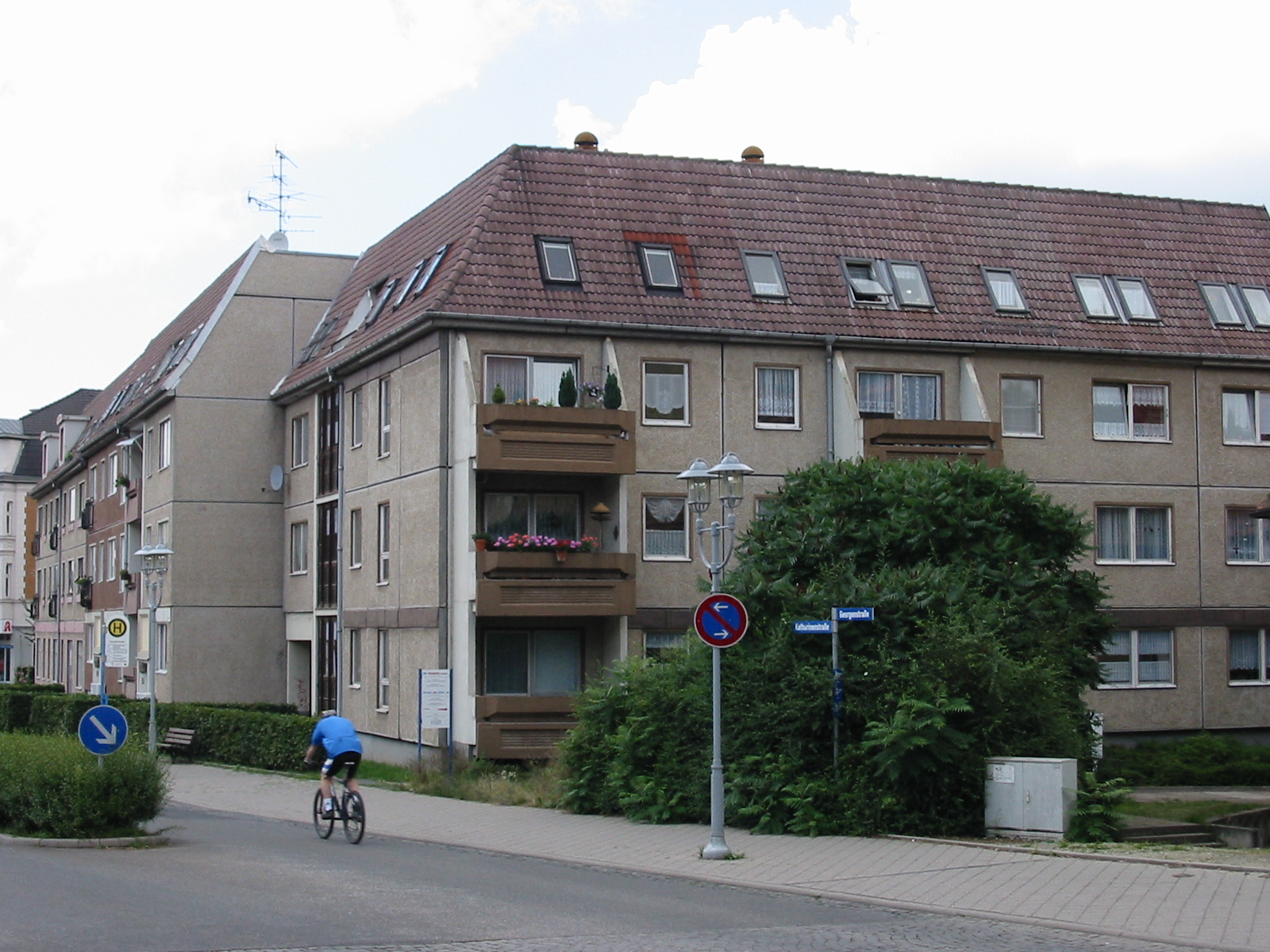 In the later years of the GDR, the standard Plattenbau or concrete slab architecture was reduced in size and given a sloping roof to make it blend in better with older structures in city centers. 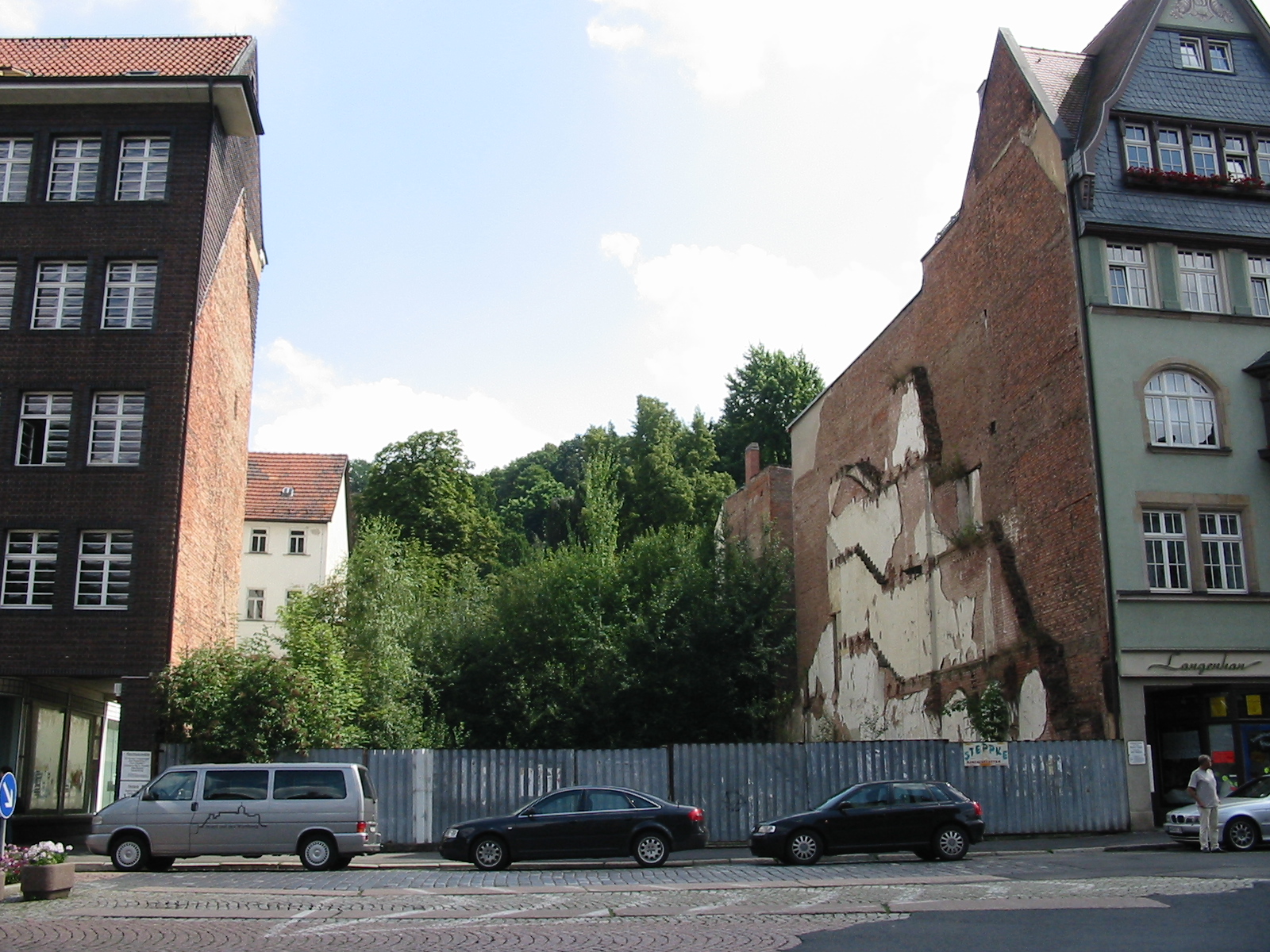 The “Tannhäuser gap,” Eisenach. The demolition of the former Tannhäuser Hotel on Karlsplatz was viewed as a pivotal moment in preservation activism in the late 1980s against what some recalled as the GDR’s neglect of heritage. Local activists viewed the persistence of the gap in the 1990s as indicative of local leaders’ shortcomings. The gap was filled with a modern structure in 2007 (see image here). 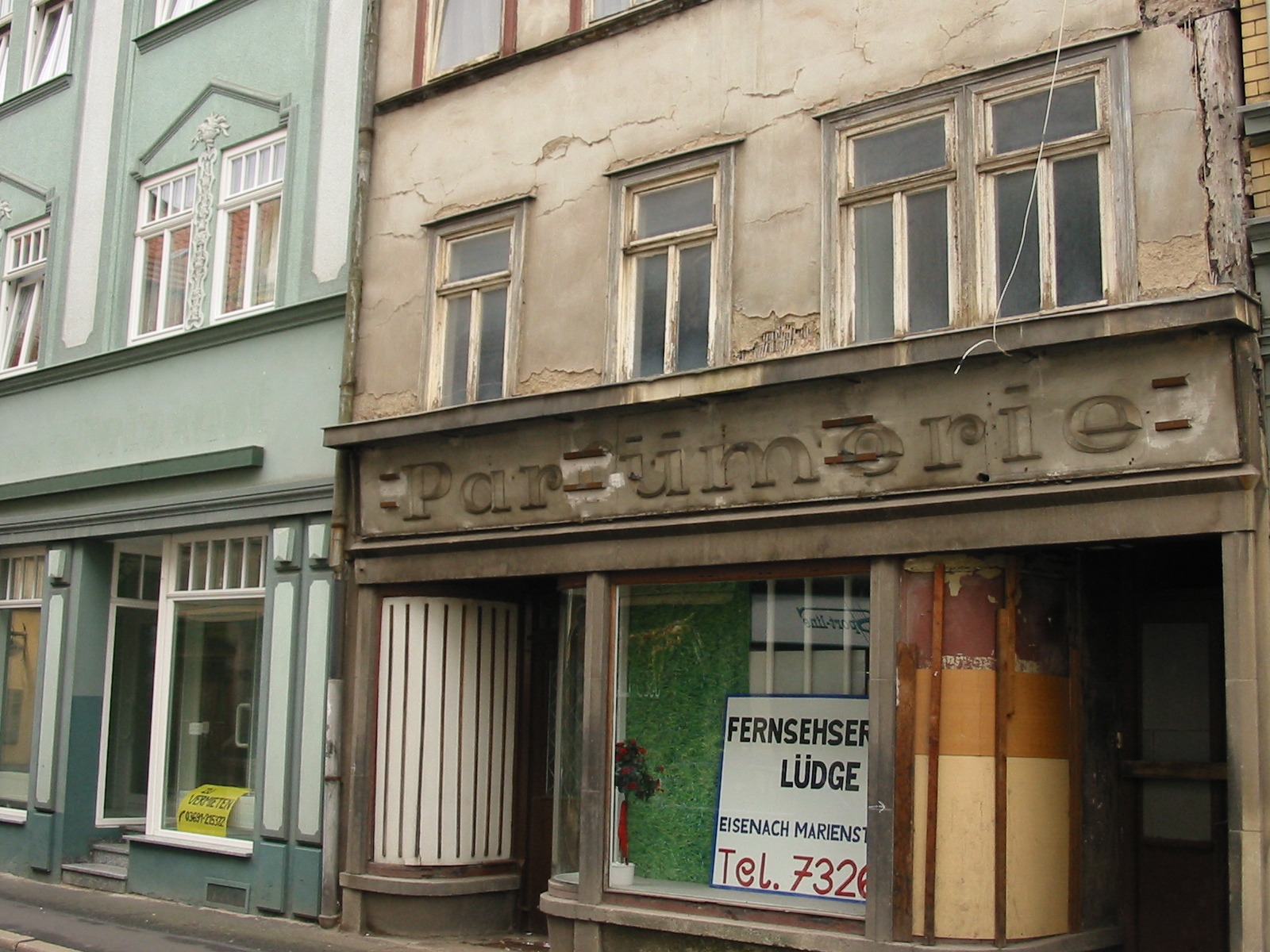 In the years following national unification, the contrast between newly renovated structures and those still unrenovated seemed to reflect contrasting commitment to heritage by the old and new regimes. The unified German state placed rhetorical and financial emphasis on the restoration of old town center in Eastern towns to provide an allegory of recovery from the failings of socialism and the traumas of Nazism and World War II.