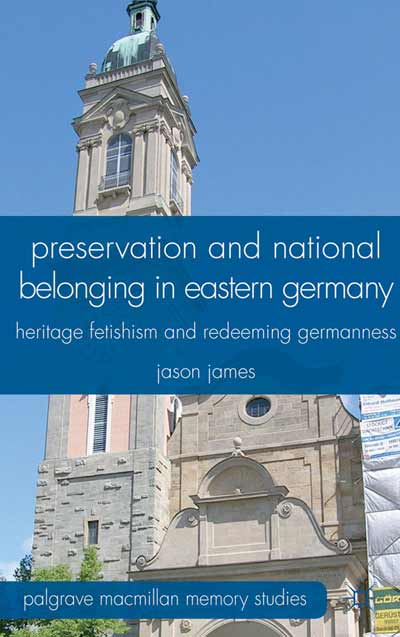 My academic interests center on the ways human groups define and perform identities, particularly national, racial, and ethnic forms of belonging.  Ideas of belonging and difference are arguably at the center of most “ethnic” tensions and many other political conflicts.  Why do so many people feel such devotion to their nation or ethnic group?  What leads them to see themselves as fundamentally different from others, even to the point of seeing those others as less fully human than themselves?

In line with theories developed by anthropologists and other scholars of culture, I view identity as involving a number of processes: defining differences between “us” and “them;” imagining common qualities that define “us;” creating narratives of who “we” are and where “we” came from; and laying claim to collective possessions seen as embodying “our” cultural past and identity.

Creating narratives and claiming heritage objects invariably also involve forgetting or reworking the past to fit the demands of today’s identity.  Michel-Rolf Trouillot calls this the “production of silence.”  This is one of the ways groups maintain a sense of unity but also exercise power: by shaping what is remembered and what is not remembered about “our” past.  East Germans in Eisenach feel obliged to acknowledge Nazism, the Holocaust, and forty years of state socialism, for example, but also look to architectural heritage as a redemptive past.  Americans in Richmond have constructed impressive monuments to Confederate heroes and soldiers but have only recently begun to commemorate slavery as part of the city’s past.

• “Restoration and Redemption: Defending Kultur and Heimat in Eisenach’s Cityscape.” In Bloom and Bust: Urban Landscapes in the East Since German Unification. Edited by Gwyneth Cliver and Carrie Smith-Prei. Berghahn.  2014.

Preservation and National Belonging in Eastern Germany explores the ways everyday citizens grapple with a difficult national past through heritage. East Germans struggle with an identity doubly burdened by Nazism and socialism, and many seek to manage these burdens by laying claim to a redemptive national past in the form of architectural heritage and the hometown cityscape.  Understood as cultural and local rather than political and national, heritage and the hometown appear morally untainted — not only distinct from but also victimized by forces outside the boundaries of this uncorrupted Germanness. For these East Germans, redemption lies in claiming the role of hometown citizen committed to protecting an endangered cultural identity. Based on extensive ethnographic research, and drawing on cultural anthropology and cultural studies, the analysis sheds new light on the everyday politics heritage and memory by highlighting the dynamics longing, fantasy, fetishism, and local performance.

• “Coming to Terms through Cinema? The Lives of Others in Germany’s Cultural Landscape of Memory.” Journal of the Society for the Anthropology of Europe. 10(2):29-40.  2010.

In the years following unification, East German cityscapes have been subject to fierce contention because historic preservation and urban renewal have served as a local allegory of national redemption. Using conflicts over preservation and renewal in the city of Eisenach as a case study, I argue that historic cityscapes have served as the focus of many East Germans’ efforts to grapple with the problem of Germanness because they address the past as a material cultural legacy to be retrieved and protected, rather than as a past to be worked through. In Eisenach’s conflicts, heritage and Heimat serve as talismans of redemption not just because they symbolize an unspoiled German past, but also because they represent structures of difference that evoke a victimized Germanness—they are above all precious, vulnerable possessions threatened with disruption, pollution, or destruction by agents placed outside the moral boundaries of the hometown by its bourgeois custodians.

This article is an examination of the recent reconstruction of the Church of Our Lady (Frauenkirche) in Dresden, Germany, in relation to a desire for normalcy, which in this case finds expression in a fantasy of resurrection. The reconstruction of a monumental edifice framed as a victim of World War II and socialism both depends on and enacts the fantasy that historical loss can be undone. In addition, the project identifies Germany with German cultural heritage, which appears wholly distinct from the nation’s burdened pasts, and offers a monumental symbolic touchstone for narratives of modern German history in which the nation and its citizens figure primarily as suffering victims. In this way, the reconstruction of the church embodies something more complex than mere forgetting. It enacts a fantasy of undoing loss, rendering the work of mourning unnecessary, while at the same time embracing injury and victimhood.

• “Recovering the German Nation: Heritage Restoration and the Search for Unity.”  In Marketing Heritage: Archaeology and the Consumption of the Past. Edited by Uzi Baram and Yorke Rowan. Alta Mira Press.  2004.